Gentleman Jim: A Tale of Romance and Revenge 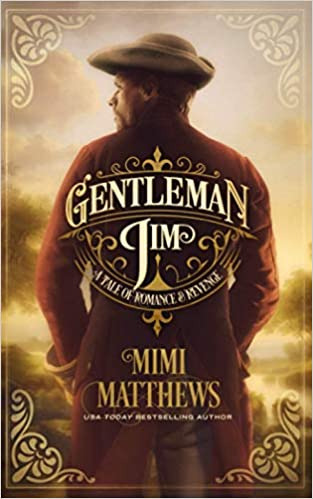 "Readers who love lots of intrigue and historicals that sound properly historical will savor this one." -NPR

Wealthy squire's daughter Margaret Honeywell was always meant to marry her neighbor, Frederick Burton-Smythe, but it's bastard-born Nicholas Seaton who has her heart. Raised alongside her on her father's estate, Nicholas is the rumored son of notorious highwayman Gentleman Jim. When Fred frames him for theft, Nicholas escapes into the night, vowing to find his legendary sire. But Nicholas never returns. A decade later, he's long been presumed dead.

After years spent on the continent, John Beresford, Viscount St. Clare has finally come home to England. Tall, blond, and dangerous, he's on a mission to restore his family's honor. If he can mete out a bit of revenge along the way, so much the better. But he hasn't reckoned for Maggie Honeywell. She's bold and beautiful--and entirely convinced he's someone else.

As danger closes in, St. Clare is torn between love and vengeance. Will he sacrifice one to gain other? Or, with a little daring, will he find a way to have them both?