Based on analysing the text of Drought, we estimate that readers of 10th and 11th grade will be able to read this book. This estimation is based on a number of readability tests devised by experts, some of which is listed here. 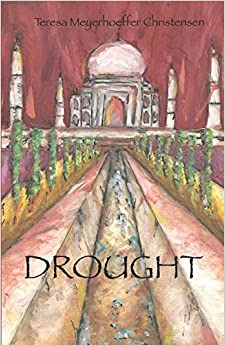 Do you believe that a drought of the land which causes many people to die of famine or a drought of the human soul that affects the lives of those nearest him/her is more devastating? Can droughts of the soul can be more damaging than those of the soil? The analogy buried in the book Drought uncovers the dichotomy (or juxtaposition) of both. In one storyline we meet Anoop, a boy who lives in 1876 India and is named for water yet battles the lack of water on his family farm. The desire of his heart is to do something great, maybe by bringing water to the world, but he ends up watering in a greater capacity. In the second storyline, Conifer, named for an evergreen tree, is an autistic twin living in Oregon over one hundred years later who speaks only in rapped song lyrics. This human Conifer needs to be watered to enable him to grow and become the mature man that he was destined to be despite having a father that nurtures his son’s roots with nothing but drought. The reality that we all need water to survive is artistically portrayed in this analogical tale with a touch of history and science added for depth.