Based on analysing the text of The Investigator: A Boss' Brother Romance (Norcross), we estimate that readers of 8th and 9th grade will be able to read this book. This estimation is based on a number of readability tests devised by experts, some of which is listed here. 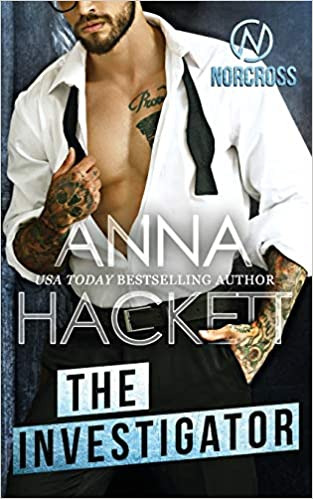 It should have been easy. Stay away from her boss’ hot brother.

Museum curator Haven McKinney has sworn off men. All of them. Totally. She’s recently escaped a bad ex and started a new life for herself in San Francisco. She loves her job at the Hutton Museum, likes her new boss, and has made best friends with his feisty sister. Haven’s also desperately trying not to notice their brother: hotshot investigator Rhys Norcross. And she’s really trying not to notice his muscular body, sexy tattoos, and charming smile.

Nope, Rhys is off limits.

Investigator Rhys Norcross is good at finding his targets. After leaving an elite military team, he thrives on his job at his brother’s security firm, Norcross Security. He’s had his eye on smart, sexy Haven for a while, but the pretty curator with her eyes full of secrets is proving far harder to chase down than he anticipated.

Luckily, Rhys never, ever gives up.

Note to readers: This is a sexy, fast-paced romance with a heroine in danger who’s sworn off men (and gets kidnapped…a lot) and a hot, tattooed former military hero (who looks fine in a suit and rolls his sleeves up showing off his ink).