The Radium Woman: The Life Story of Marie Curie

Based on analysing the text of The Radium Woman: The Life Story of Marie Curie, we estimate that readers of 8th and 9th grade will be able to read this book. This estimation is based on a number of readability tests devised by experts, some of which is listed here. 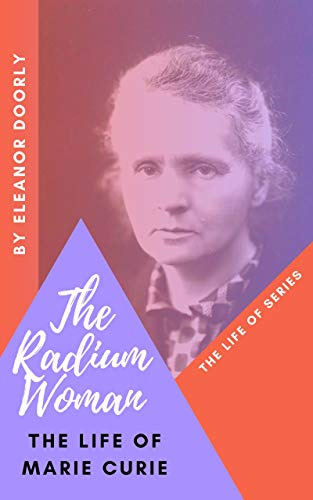 The Radium Woman, The Life of Marie Curie by Eleanor Doorly is a classic and amazing insight into the life and times of Marie Curie. While originally written in 1939 and aimed at younger audience the book can be enjoyed by people of all ages today.

Starting with Marie Curie's early life, which she spent in a Poland in-willingly meshing into the Russian Empire. The book begins with the five-year-old Manya Sklodovski (Marie Curies native name) in her family home in Poland. The book vividly describes her surroundings and the incidents of her life. Further chapters mention the fourteen-year-old learning that a friend's brother is to be executed as a rebel, and later her year's holiday after finishing school at sixteen, time spent in the country and the mountains.

The biography continues through the early hard years of making a living by teaching, supporting her sister who was studying medicine in Paris, starting an illegal Polish school for peasant children in the country, and an unhappy love affair. Then, after a brief stint in Belgium, came her best days of studying both in Paris and in Warsaw. A time that formed her formidable motivation and depth of character.

The book details her great discoveries which changed the face of science and earned the Nobel Prize, taking up the majority of the chapters of the book. At each step the book is peppered with descriptions of her daily life and small significant incidents to make the story come alive.